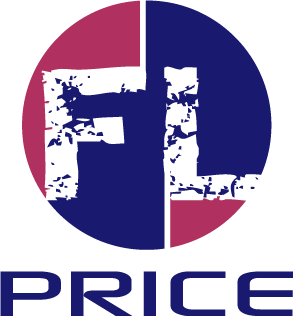 Warning: A non-numeric value encountered in /home/flrd7jr0ue97/public_html/fl-price.com/wp-content/themes/funadvisors/archive.php on line 16

Warning: A non-numeric value encountered in /home/flrd7jr0ue97/public_html/fl-price.com/wp-content/themes/funadvisors/archive.php on line 17

Have you ever noticed how many people hate “Wal-Mart” people? I’m not one of them, but the fact that there is a popular website and a best selling book dedicated to the people who are consider “Classic” Wal-Mart customers is pretty telling about the store.

These are people who are willing to subject themselves to large parking lots and overwhelming amounts of choices with no one to help. What about those people who won’t shop at Wal-Mart because it’s too big? They might shortly. That’s because they could be your competition even more than today.

Back in 2000 Wal-Mart made it clear that the plan was to build Supercenters, and then fill in the spaces between the Supercenters with “Mini Wal-Marts”. They have started to do this in 2011. The new “Wal-Mart Express” http://blogs.wsj.com/in-charge/2011/04/01/mini-wal-marts-coming-to-main-street will be about 15,000 feet and will go after Walgreens and Grocery chain stores. Should you be concerned?

It depends on a few factors:

A) Am I in retail? Wal-Mart is one of the best movers of goods on the globe, and being big, they get better pricing and live on a narrower margin than most small businesses do. But they don’t do service very well, so if you are a plumber don’t be concerned.

B) Do you sell things that the masses are looking for? If you sell things that you can find in most drug stores or groceries, then this is a threat to your proximity advantage. Many local stores survive by being nearby to neighborhoods. This new concept will get into these neighborhoods, particularly in urban areas where the Superstore is very very expensive to develop. Also, remember all the activists who worked to keep Wal-Mart out of their communities? They did it by limiting the size of the store. This new concept is resistant to such zoning restrictions.

C) Do you cater to “The People of Wal-Mart”? As much as Wal-Mart has glamed up their stores in recent years to capture a more upper middle class, they still dominate the lower and middle income and still struggle with the upper middle income populations. The big win they have with this move? Smaller stores are easier to navigate and can be closer to where people live. This attacks your advantage of the savings of time. If I can buy my shave cream for less at Wal-Mart Express in the same amount of time at your store, then I might be compelled to go there instead.

Most people who subscribe to this blog won’t have much to worry about. That’s because you are a fan of marketing and you likely built a strong Unique Selling Proposition for your business that has already considered Wal-Mart. It’s just interesting to know that your marginal regional grocer or drug store might become a Wal-Mart soon.